August 6 In the Press

SUNDAY will be a milestone for Stephane Delourme and Peter McGahan as both men reach the half way point in the Celtic 7 Marathon Challenge as they run the course on the Isle of Man.

Stephane, who is head chef at Rick Stein’s Seafood Restaurant in Padstow in Cornwall and his running partner Peter McGahan, owner of Worldwide Financial Planning in Truro, came up with the challenge which takes them to seven Celtic countries.

The pair started the marathon challenge in May in Belfast and their journey continued to Brittany and then to Wales. But on Sunday, when they cross the 13.1miles mark on the Isle of Man course, they will be exactly at half way point of the entire Celtic 7 Marathon Challenge.

In addition to running the marathon on Sunday the pair have planned a boat trip around the south coast of the island including the stunning Calf of Man where they will have the opportunity to try out some sea fishing as well as take in the diverse wildlife of offer around the coast which includes basking sharks, seals and puffins.

“The Isle of Man is a place which Peter and I are both very fond of so to get to experience it by running and by boating around the coast will be fabulous.”

Tim Croft, Managing Director of Island Shellfish said: “Stephane has long been an admirer of Isle of Man shellfish. He regularly orders Isle of Man Queen Scallops for Rick Steins Seafood restaurant and has been an established customer since our business started over four years ago.

“It is great that this connection with the Isle of Man has now brought him here to take on his marathon challenge and  I wish him and Peter the very best of luck in reaching their goal of seven marathons.”

To date the marathon challenge has raised £19,000 for three children’s charities but with the Isle of Man, Galicia, Scotland and Cornwall’s Eden Project marathons still to run, the pair are hoping the amount raised will continue to rise.

The Invictus Trust, which helps teenagers with mental health issues, Ellie’s Haven, which offers relief to families with children suffering long term and life limiting illness sand  Action For Children, a national charity which gives a voice to the most vulnerable, disadvantaged and neglected children and young people, are the three chosen charities. The Isle of Man marathon is dedicated to Ellie’s Haven.

Speaking about the fundraising effort, Peter McGahan said: “The support we have received so far is immense. To have raised £19,000 to date is phenomenal. Just this week we had a private ‘invite only’ food and music evening in Cornwall. Stephane cooked, Alice Hill from Restaurant 34 in London came along and made desserts and music was provided by Malojian – a talented Northern Irish musician who has been endorsed by Snow Patrol’s Gary Lightbody among others.

“Thank you to everyone who has kindly donated to date. There will be more fundraising events so I encourage everyone to follow us on Twitter and Facebook.”

Anyone wishing to donate can visit the Virgin MoneyGiving page (Celtic 7 Marathon Challenge).

March 24 In the Press

The supermarket has been inundated with calls from concerned relatives living as far away as Belfast who wanted reassurance there’s something locally in place to support elderly relatives living in the Armagh area.

November 25 In the Press 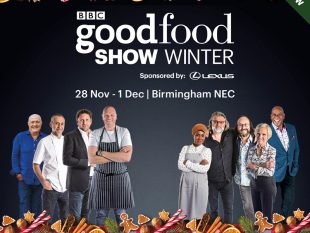 The place to be this weekend is Birmingham’s NEC where Symphonia Gin will be well placed among 450 exhibitors for the BBC Good Food Show Winter.

The event will see chefs, cooks and bakers including Tom Kerridge, Mary Berry, The Hairy Bikers, Michel Roux Jnr and James Martin cooking up a storm. Check out the ticket giveaway on Symphonia Gin’s Facebook Page

“I have worked with Eleanor McGillie and her team at MGMPR Ltd on different initiatives. Eleanor has a passion for making things happen, and, like me, she loves the food and drink sector. Her passion to deliver key messages is commendable and the fact she and her team are all media law trained journalists, editors and PR consultants, with a full range of multimedia devices available to them, means you know the job will be done.”
Please follow and like us: